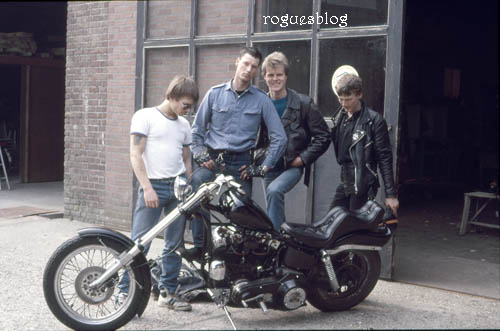 Our guy Schweik started in the club with a Honda 550 four which he had chopped. One year later he restored and later chopped a Liberator. Then two years later he bought a Shovel and goosenecked it. On the photo you see the young Rogues members Schweik, Brass and Fonda with Schweik's goosenecked Shovel.