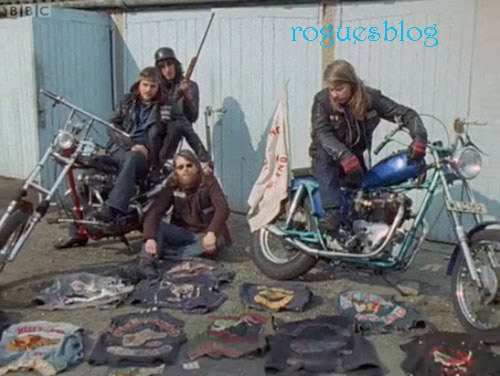 In the old days and in some parts of the world even today, bikerclubs do not except other clubs on their turf and also don't except people wearing colors that looks like theirs. So they cut them of the backs of those unfortunate enough to bump into them, or just take the complete vest. We have been in many clubhouses throughout the States where they have colors of numerous clubs hanging upsidedown on the walls. This photo is an old one from England, sent in by Yvon. The guys who did the cutting probably are H.A.