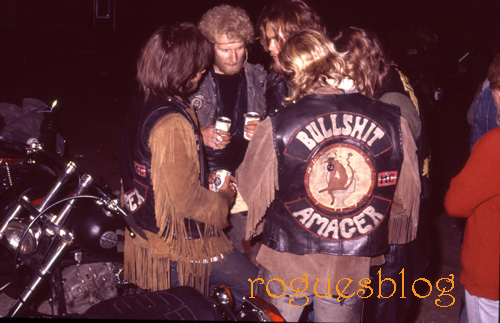 One day in the eighties we were at a Peking Outlaw party in Norrkoping. A man(not a biker) from town showed up and started harassing people. He made the mistake to try to harass our member Brass who immedeately kicked the shit out of him and threw him of the grounds by his hair. Many Swedes were upset. This was not how they handled in Sweden they said…To make things worse the notorious Bullshit MC from Denmark started talking to us, so the Swedes thought we must be good longtime friends with them or something. Now all trust towards us was gone. When carbs were stolen that night, the Swedish organisation of the party came to our tent and wanted to search it. Of course we did not steal anything but we never became friends with the Pekings after that happened.