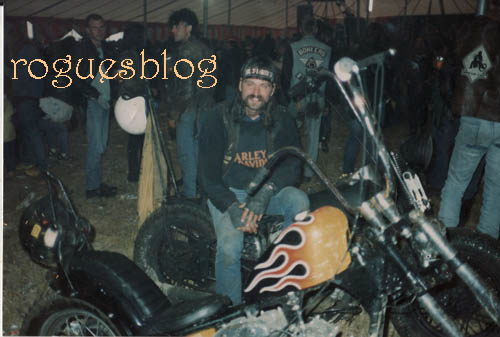 We keep getting more and more photos from blogfollowers. This is from Zappa who was a member of the Dutch Comancheros MC. There is no Comancheros club in Holland any more but when they folded in Holland the Dutch founders had managed to start the club in Spain where they have several chapters now. Photo was taken at a SupeR Rally in Charleroi, 1990. Zappa and his clubbrother Ripper rode their choppers into the partytent.