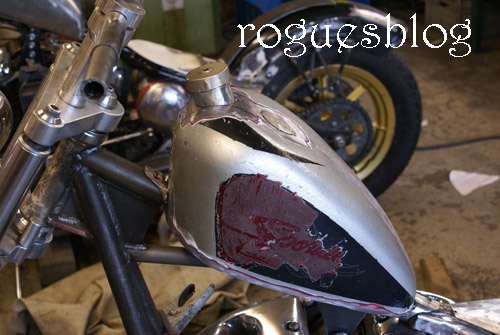 We were working on Latka's bike and Francis' bike. Lots of members showed up to make the wrong comments and stand in the way and drink beer hours before five o'clock beertime. Good times! This is the gastank for Francis bike donated by Latka. We cut the bottom out, friscoed it and used the cap from an old fire extingisher as a gas cap.