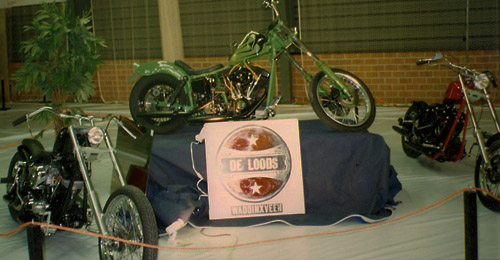 Hennie sent us this photo. Three members of a club who called themselves 'De Loods' had their bikes on our bikeshow in 1995. They had a good time but four months later, one of them, Rob, had an accident and died. On April 11th this year he would have turned 41.