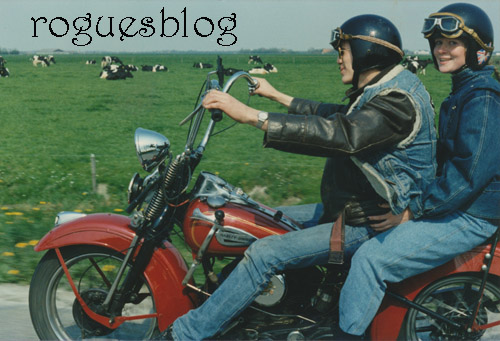 Great photo by Brass of former Rogues member Kwak and his girlfriend. We once had quite a few chopped and bobbed 750 flatheads in the club. In Holland we call them 'Liberators', since the US Army left them here after World War two. They were the cheapest Harleys you could buy at the time we started the club so they were a logical choice. Going on vacation to Sweden was an adventure, sometimes we had to wrench alongside the road almost every hunderd miles.