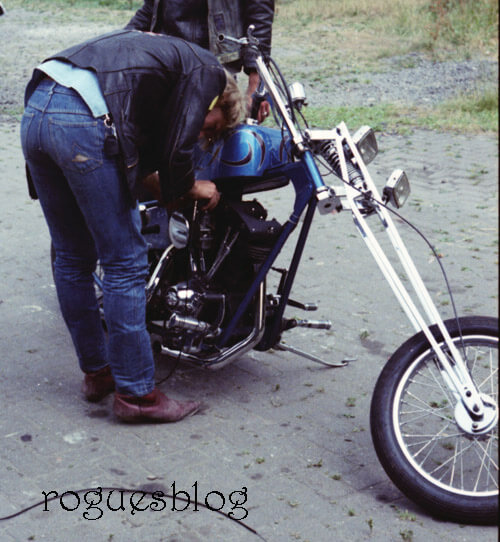 Our serg. at arms Skull was only 18 years old when he met the club. We were in full swing by then. He was a fisherman and earned loads of money. He met the club and immedeately bought the coolest chopper he could find. At that time there were not so many longbikes but we knew of one guy in Belgium building and selling them. His name was Jules and he later moved to Daytona. Skull bought the metalflaked hardtail Shovel with girder frontend on photo from this dude. He finally crashed it after the Popo's chased him.