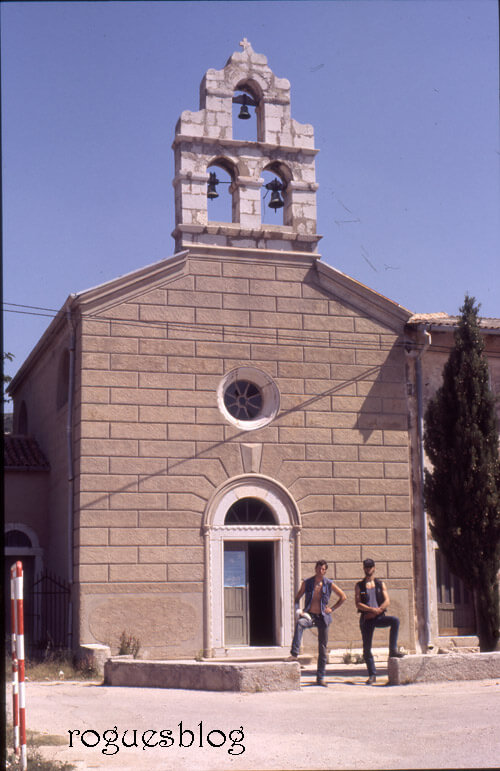 Rogues in Yugoslavia, late eighties. That's our brother Brass on the left. He broke his right hand during a barfight but still rode his bike all the way up to Yugo. We had a blast overthere. When we arrived in some small towns on our choppers people reacted as if we were from another planet. And best thing, everything overthere was fucking cheap, the food, the drinks, the gas, everything. We lived like kings for three weeks! Brother Toon had problem dating women overthere, at the end he said, 'I'll even do it with a fat old lady with a mustache, haha''