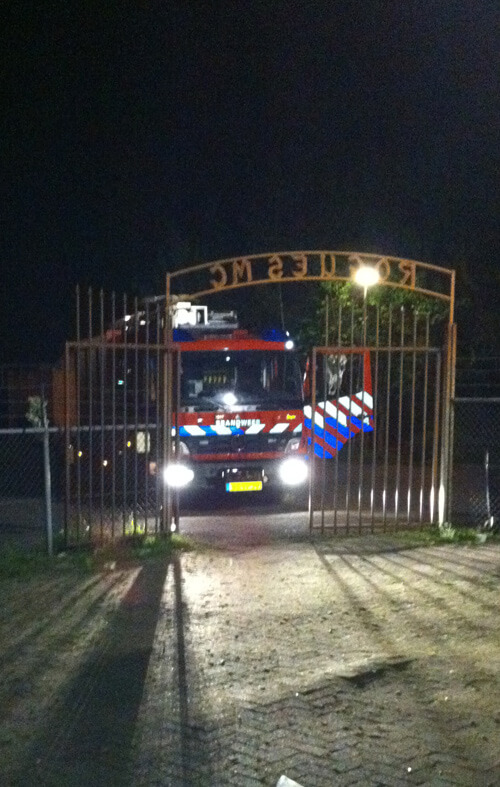 It was cold at night during the afterparty. Therefor we had a fire going in an old oildrum. Some guys were throwing empty spraycans in the fire to create a little spectacle. No big deal since our clubhouse is out in the open and we don't have direct neighbours. Guess what? Someone had called the firedepartment…..Yep this is Holland,where big brother and his law-abiding neighbour is watching every second. Thanx Pathijs for the photo!