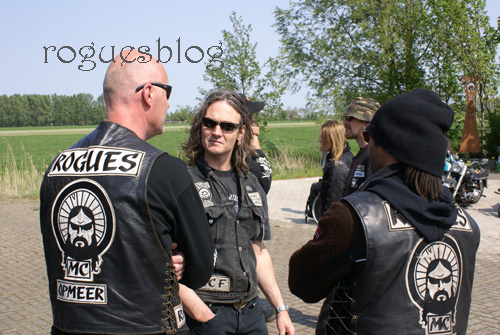 Around three in the afternoon it was just our own members, we were wondering if there would be people at all to come and enjoy the races…. Then suddenly around half past four at least twohunderd people showed up. The were six teams this time and they were going hard and fast. Latka from Rogues Almere was the winner, allthough others came really close. The party lasted till the next morning. Dancing, singing, drinking and talking shit. It was a great day!!!! More photos later. The unicycle day is a day for watching the races but a lot of people come to see and talk about the club's choppers as well.