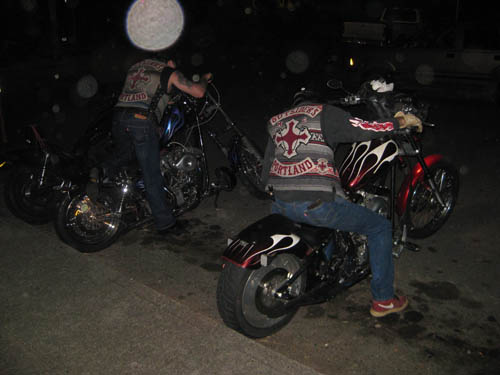 Outsiders Franco and Magig Mike taking off at three in the morning after a splendid night at the clubhouse. Beer got to ride Franco's ultra fast chopper around the block that evening. Frontwheel went up in second gear. Wow, what a power and what an adreneline rush!!! Most Outsider choppers are made to go fast by the guys themselves. Some of them say a chopper ain't a chopper when it isn't fast as lightning….