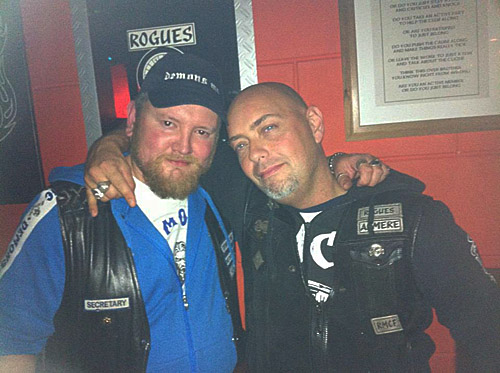 Just came home from the Almere anniversary. Had an absolute blast!!! Many visitors and all Dutch clubs there plus one from Norway. Glad to live in Holland where most clubs get along real well. Makes for a lot of real good times! Again, the anniversary in Almere was a big succes! On photo Demon Rocking and Rogue Ronny. Maybe some more photos later, I hope.