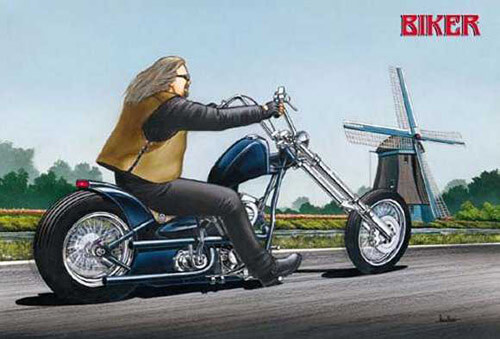 READ THIS: One time Slik's chopper appeared in BIKER magazine. In the article he told how much David Mann had inspired him. To Slik's and all our suprise, David Mann, yes the real DAVID MANN, had done a painting of Slik on his bike in that very same issue of Biker. Probably the only European ever portrayed by the Mann. Look at it, Slik on his chop chop Stampede with tulips and a windmill. Fucking awesome!