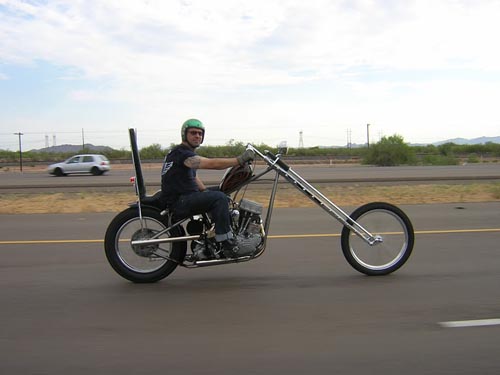 Andrea from the Harley Brothers in Luxembourg had this awesome chopper built by Love Cycles in the States in 2009. He picked it up and went on a roadtrip with the Love Cycles crew. They were on the road for three weeks, visited several great bikeshows and had a blast! Andrea normally builds his own bikes but after selling an old flathead he had, he thought it would be great to ask his favourite American builder to do the job.