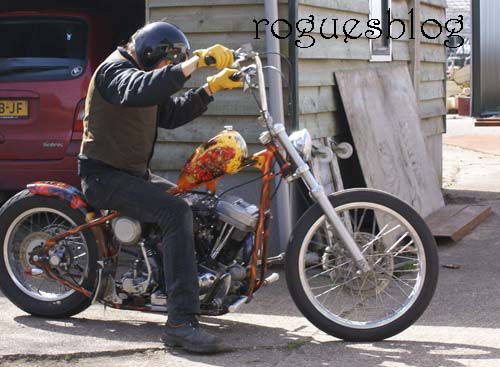 This bike was built by our member Beer a long time ago. In those days the trend in Holland was to build fat bikes, with fat tanks, fat tires, wide handlebars, bulky frontends and what not. He didn't like that style at all and built this here bike as a reaction. Allthough Beer has built many bikes, for this particular one he has gotten the most recognition from press and chopper fanatics. It even appeared on the national news one day. Beer has sold the bike but it is still alive and very close by. On photo, the Weazel, the new owner of Beer's C&L Hog Chop.