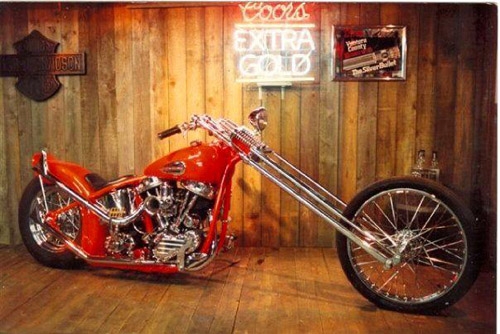 When the author of the book European Choppers saw this photo in a Swedish magazine he just had to meet the builder. It turned out be Danny Franssen from Belgium. After calling all Harley shops in Belgium and Southern Holland he finally got the man's phonenumber. Danny is a great builder. He has built many a bike and became most famous because of his Hotrod trike. A big knowledge of chopperhistory, almost like a chopper nerd, the man always builds with choppertraditions in mind. We love it!