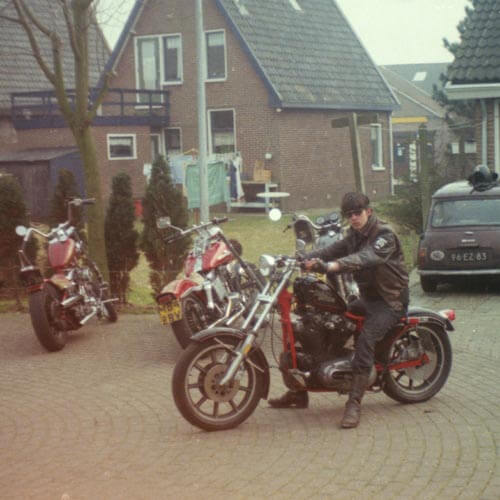 ROGUES HISTORY, Rogues member Blut (r.i.p.) and his Sporty, Blut was 19 years old when he bought his first Harley. He first stripped and dropped it by dumping the rearshocks for struts. Later he bought a hardtailframe from MC Cycles England and built a cool chopper around the Ironhead motor. Photo was taken behind Family Appel's house which functioned as a clubhouse for Rogues MC in the beginning.