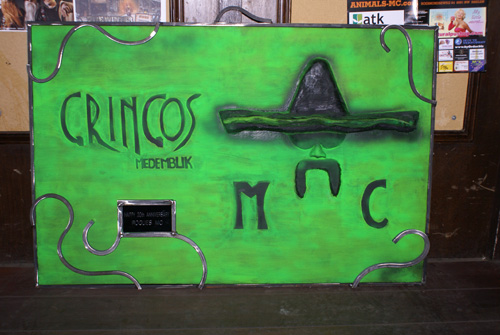 Our friends from the Gringos MC in Medemblik just had their 20th anniversary last evening. We made them this gift and went to party. The guys have a pretty big clubhouse but the place was jampacked with people. People from all over Holland, but also a bunch of guys from England and other countries. We had a blast. Gringo's thanx, for the great party, lets go for another 20 years of Gringohood!