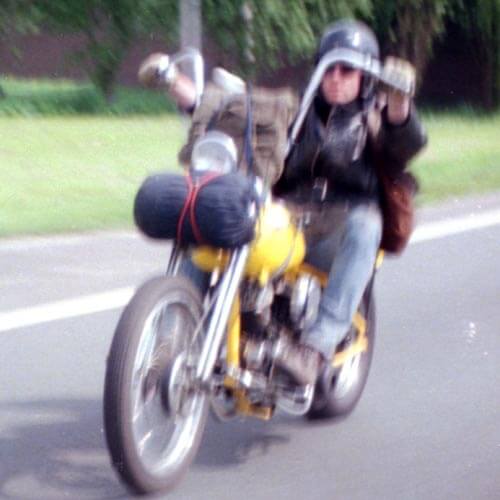 Fonda riding his chopped Fortyfive to the Super Rally in Paris in 1985. The 45's were the only Harleys some of us could afford at the time. In this case we raked the frame and lengthened the Springer. We had several members owning one. Kwak, Schweik, Toon, Bruut and Fonda are the ones I remember. Nol had a chopped one before he joined the Rogues Brotherhood