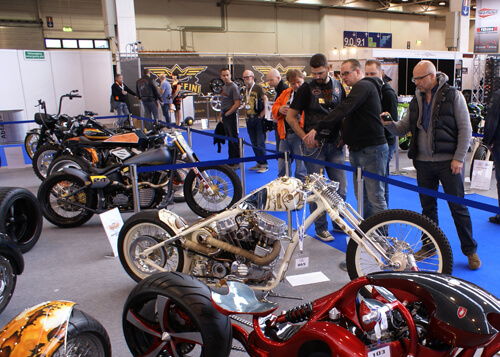 Beer sais: My 21 year old buddy Paul entered the world championship with his Sportster (see photo) but won nothing to my suprise. His bike has been featured in numerous magazines and he won several prizes at the European championship in Mainz this year but here he seemed to go unnoticed along with all other Dutch entries, I must add.