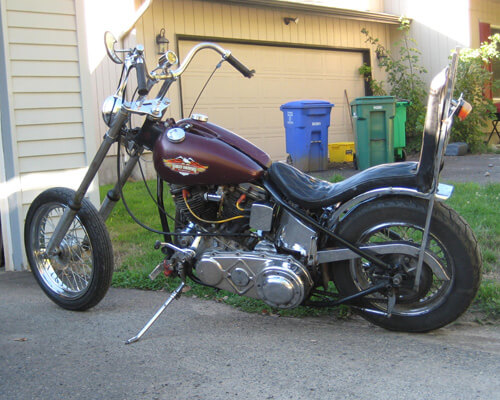 Mick bought this Panhead in the States. He wanted to take this bike for the roadtrip but because of the heat the linkert carb went into a vaporlock all the time.  It died on him at almost every trafficlight and was a real bitch to start again. After fiddlefucking with it for a day, even trying other carbs, Mick decided to leave the Pan in Portland and take Big Red instead!