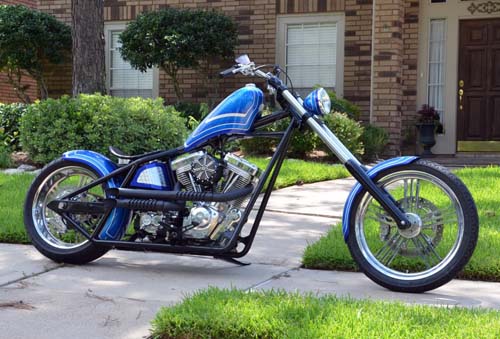 Very tough and strong frames, built for big inch motors! There is a lot of cool shit mr.James came up with. Things that are uniquely his, like his hellbent pipes for instance and most of his other pipes too, his wicked gastanks, his tall bullet risers and making choppers bigger then they ever were. Using new and modern parts instead of old and much more. Jesse James: the man who re-invented the chopper!