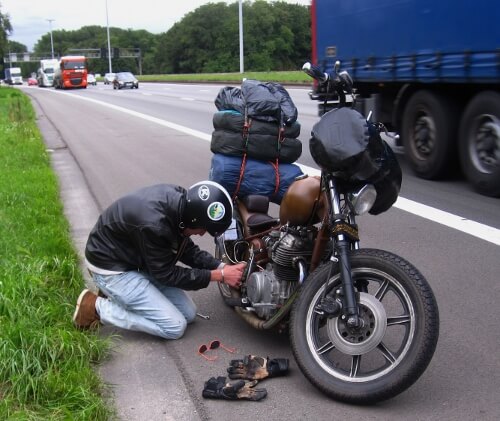 The bike of Beer's son-in-law did not charge from the very start, so he bought a second battery and a charger. During the nights he made sure both batteries were charged. One battery lasted not more than 150 kilometers. So then it was swapping time! On days they made more than 300 klicks a day, Jaspy swapped batteries with Beer. On photo, one of the last times Jaspy swapped the battery, just outside of Antwerp Belgium.