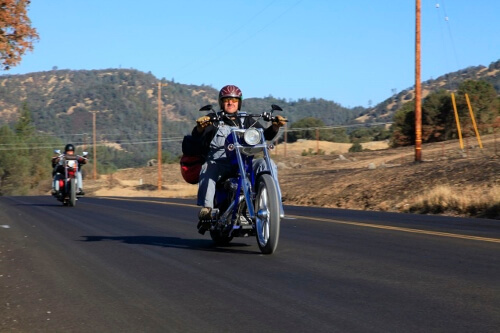 Clubfriends Flathead Mick and Loud Rudy flew to the states to participate in the Golden Chain Run organised by the Deathtraps MC. They were so lucky to have both a chopper from Big Fred to ride.

Instead of having their annual party the Deathtraps had a run this year. A ride following the old goldseekers route, through the most beautifull landscapes and cowboy towns of north eastern California. Mick and Rudy rode from Portalnd to Sonora and left the DMC clubhouse with the first other people who were in as well. During the awesome trip that lasted till sunday the pack would grow with with the day with more and more people joining the ride. There were many bars to be visited and at night they camped out in the open and had the best of time. We wish we could have been there too. Next time!