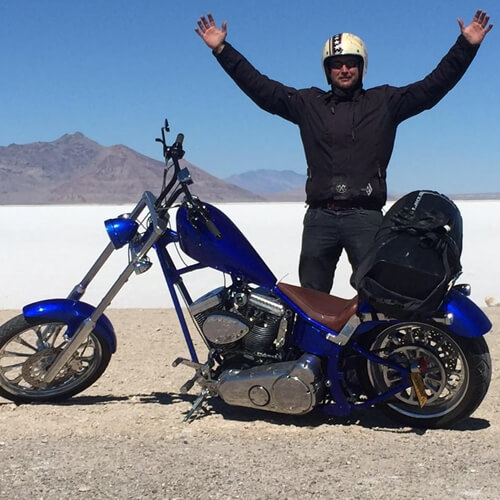 Mikey riding the Blue Indian. The Flahead crew had the oppurtunity to borrow two choppers from our American friend Big Fred. Flathead Mick rode a Panhead he bought over there. A bike they soon named 'Gaylord' because the damn thing appears to be too much of a coward to actually do what it is supposed to do.