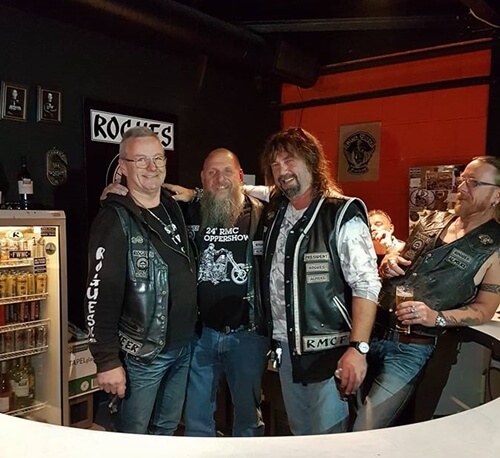 Ten years ago we opened up a chapter of the Rogues in Almere.  Mainly because the Opmeer chapter was getting way to big and because we had very solid guys in Almere who were able and willing to join the guys from Opmeer who were sent to start it all up in this city of sin. It has not been all lovy dovy and easy but now ten years later we can proudly say we have a great chapter in Almere. A chaptter with a character of its own but still true to the Original Rogues mentality. A chapter where all members are true brothers, a very active chapter that loves to ride, party and go places.

Brothers, we love you, and wish you many more years to come!!! RMCF