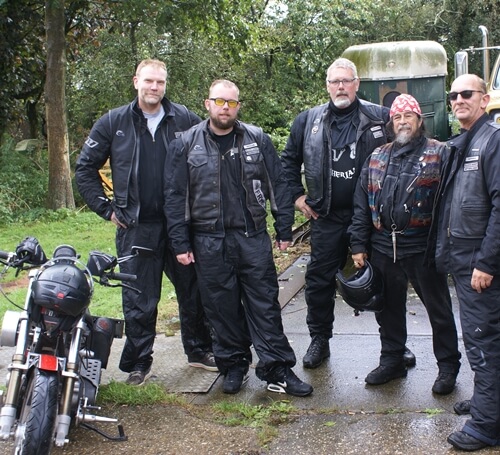 Before going on the road with Rogues member Beer, Goose was the guest of the Black Sheep. He spent the clubnight in Heereveen, fixed some problem he had with Ed's Softy with help of the Black Sheep and than went together with  a bunch of these great men to the 10th anniversay of Almere Rogues. Sunday after the party he was escorted to Beer's place by these four here on photo so he was back in time for his little roadtrip to Luxemburg, France and Berlgium! Awesome! Yes, it rained like a motherfucker that sunday. But hey, who cares, that is international brotherhood for ya.