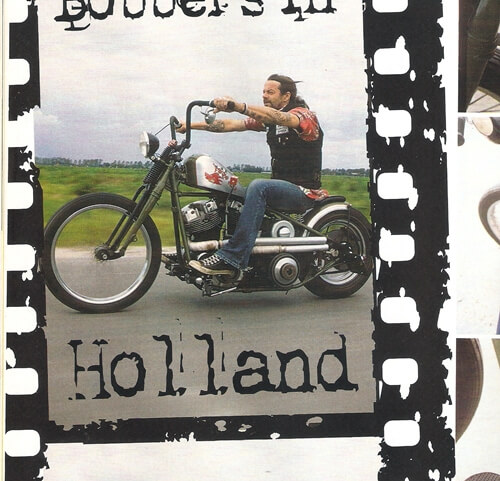 Our guy Nol before he left for the States, so: a loooong time ago, featured here in The Horse magazine. He built that cool bike from parts that were lying around gathering dust. No money, he even painted the frame with a brush. We would say this bike was the study for the Chop Suey he later built in his Portland shop Dutch Trash Choppers. Chop Suey is the bike Nol sold to Billy Lane (photo next week))