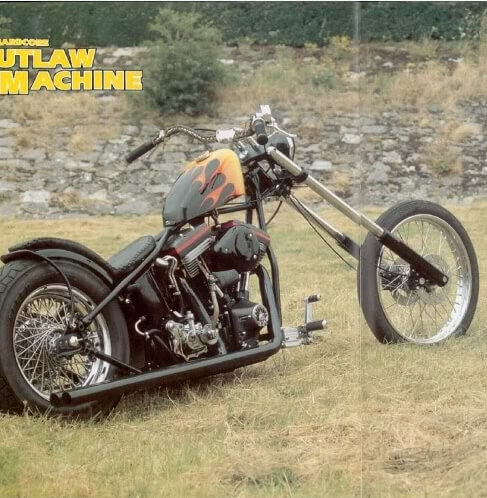 The chopper that rocked the world! This chop was built by our member Hond and was featured in European Choppers. When people talk about that book they always mention this bike here. Hond sold it but bought it back recently, it had been changed by several former owners. Now Hond  wants to bring it back to how it looked on this pic.