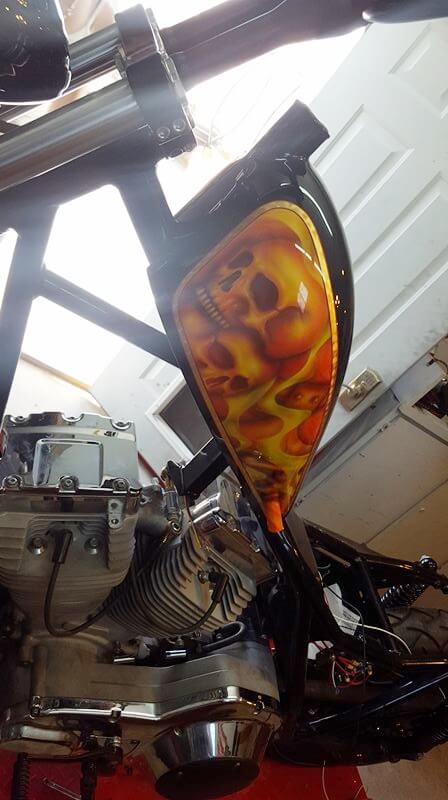 In the Brother Speed MC they have classic styled choppers ( to see some killer examples of those you have to buy Beer’s new Chop, Ride and Party yearbook number two that even got one on the cover) but what they have even more, are modern clubstyle choppers. Mostly Dyna’s and FXR’s that are stretched to accept a longer frontend. Some are just that, a stock bike with a longer frontend and cool paint, but others have a clubstyle chopper that goes further than that. Still a stretched and chopped frame with a longer frontend, but also a custom gastank, pipes, seat, bars and much more. A good example of a clubstyle bike like that, will be Brother Speed’s Gary Pawson’s chop. On photo, a sneak preview.