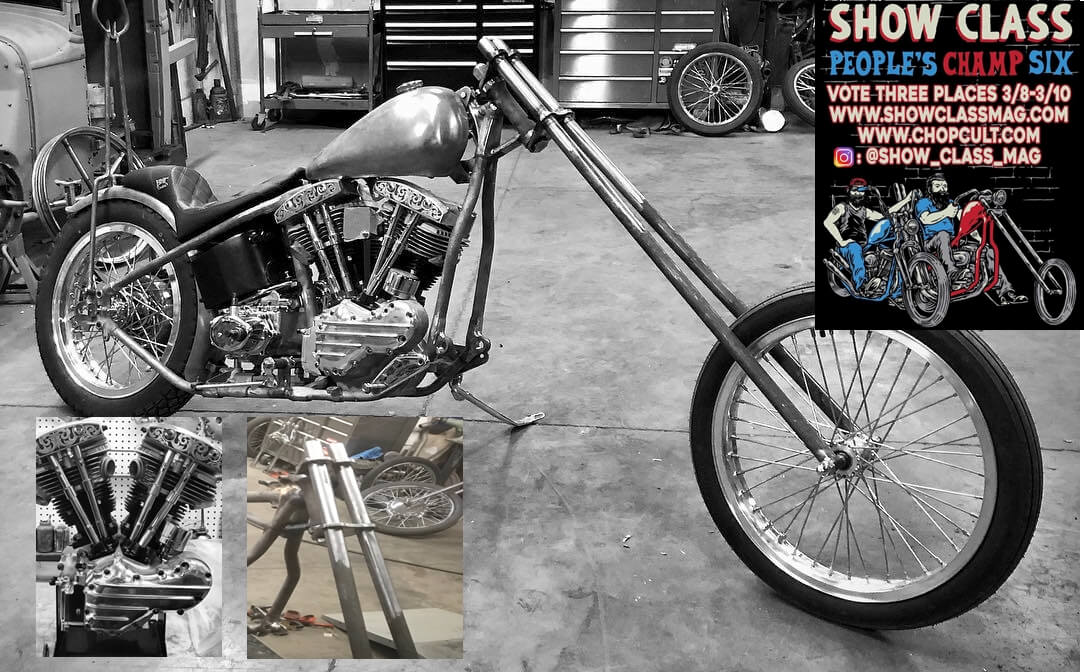 Show Class magazine is organising this people’s champ show.  Our friend Josh from Basket Case is in te race and he is building this cool chop here. Josh wanted to put some real chopper history in it. This baby has a wishbone hardtail frame with 41 degree rake and an opened up neck. It has a raised gearbox too and besides the engraved Early Shovel motor, the thing that sticks out most, is this unusual frontend. There once was a guy called Tommy Mckibben and he used to make these tapered rigid forks. As far as we know he only made three in total. To honour him josh @dirtybiker has made one too and it is a 20 inch over. If you think this bike should be people’s choice, VOTE for it!