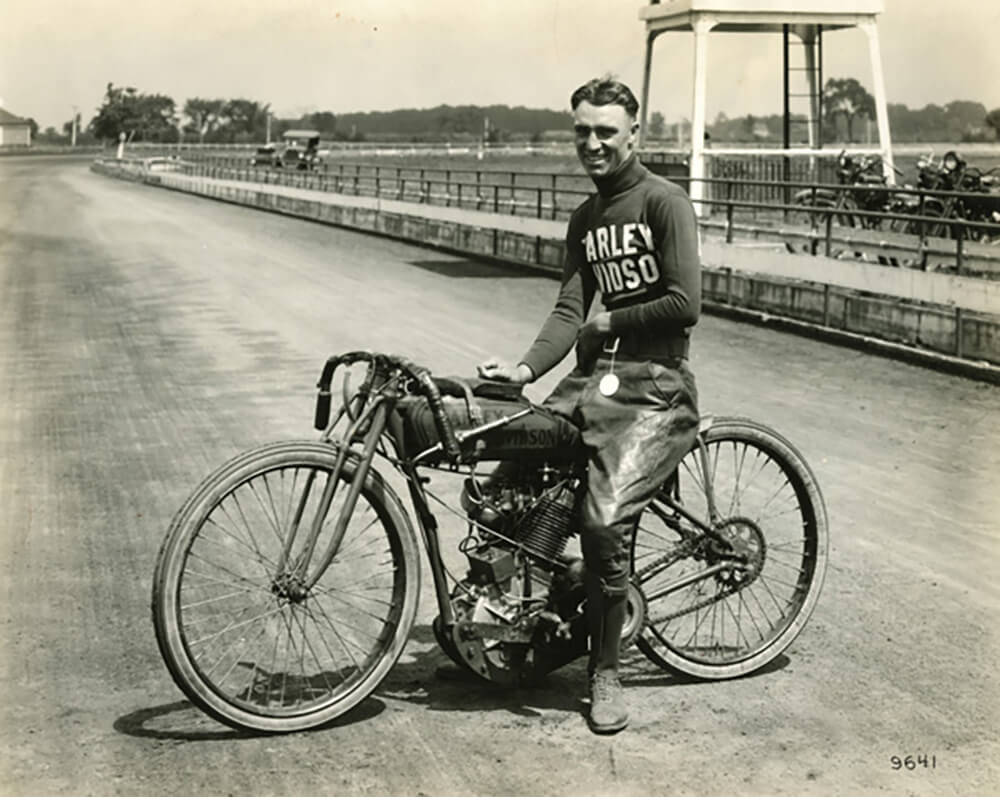 Jim Davis, born March 23, 1896, in Columbus, Ohio, and began racing professionally in 1911. He used to remark that he remembered that first race because he won it, and because his prize was a pair of goggles and a quart of motorcycle oil. He would later go on to ride for the Indian and Harley-Davidson factories. Jim Davis died on February 6, 2000. He was 103 years old.