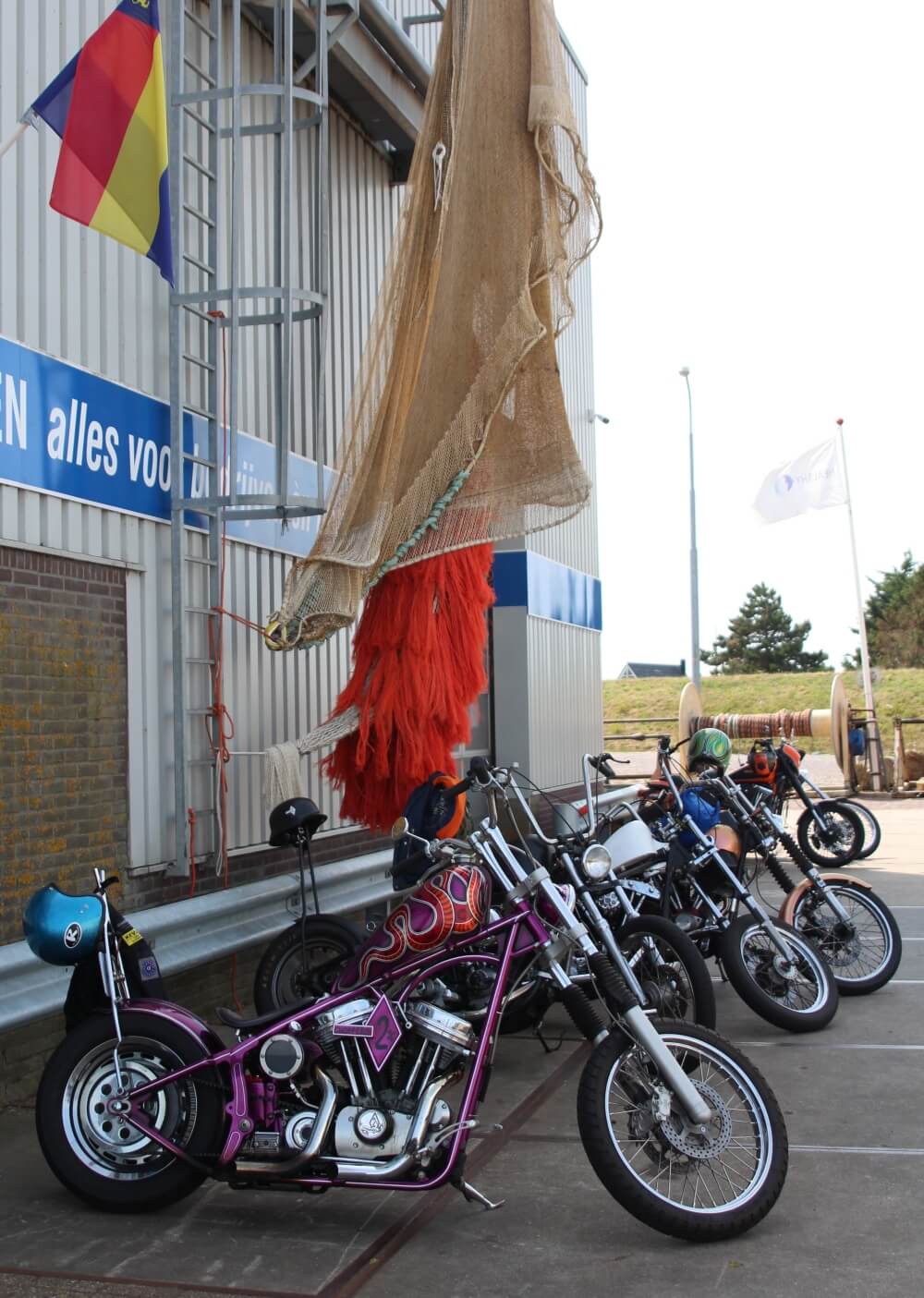 These next photo’s we’ve received from Samuel. Thanks. 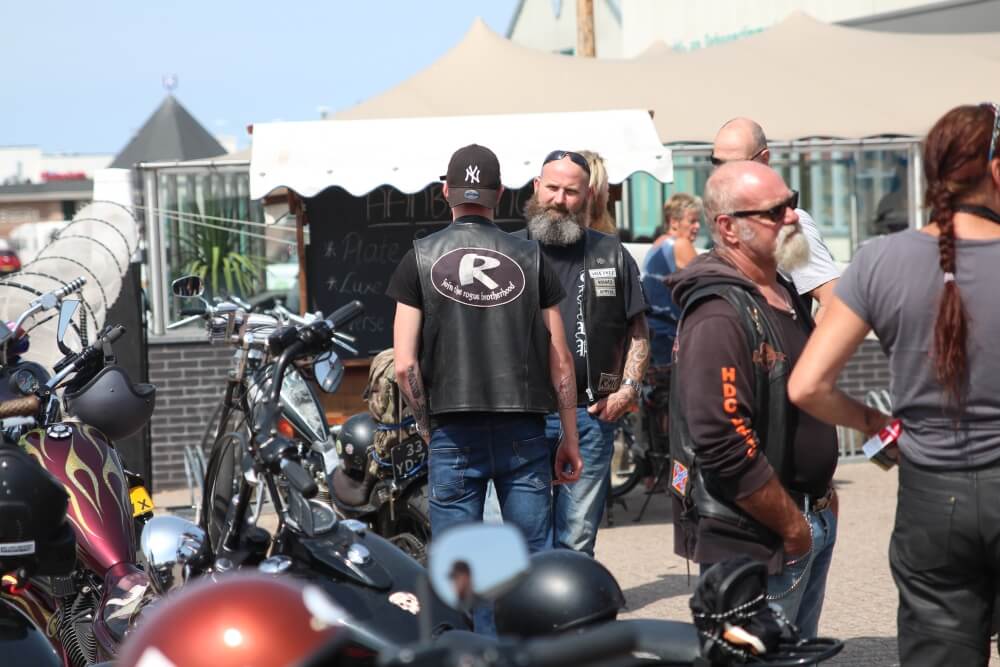 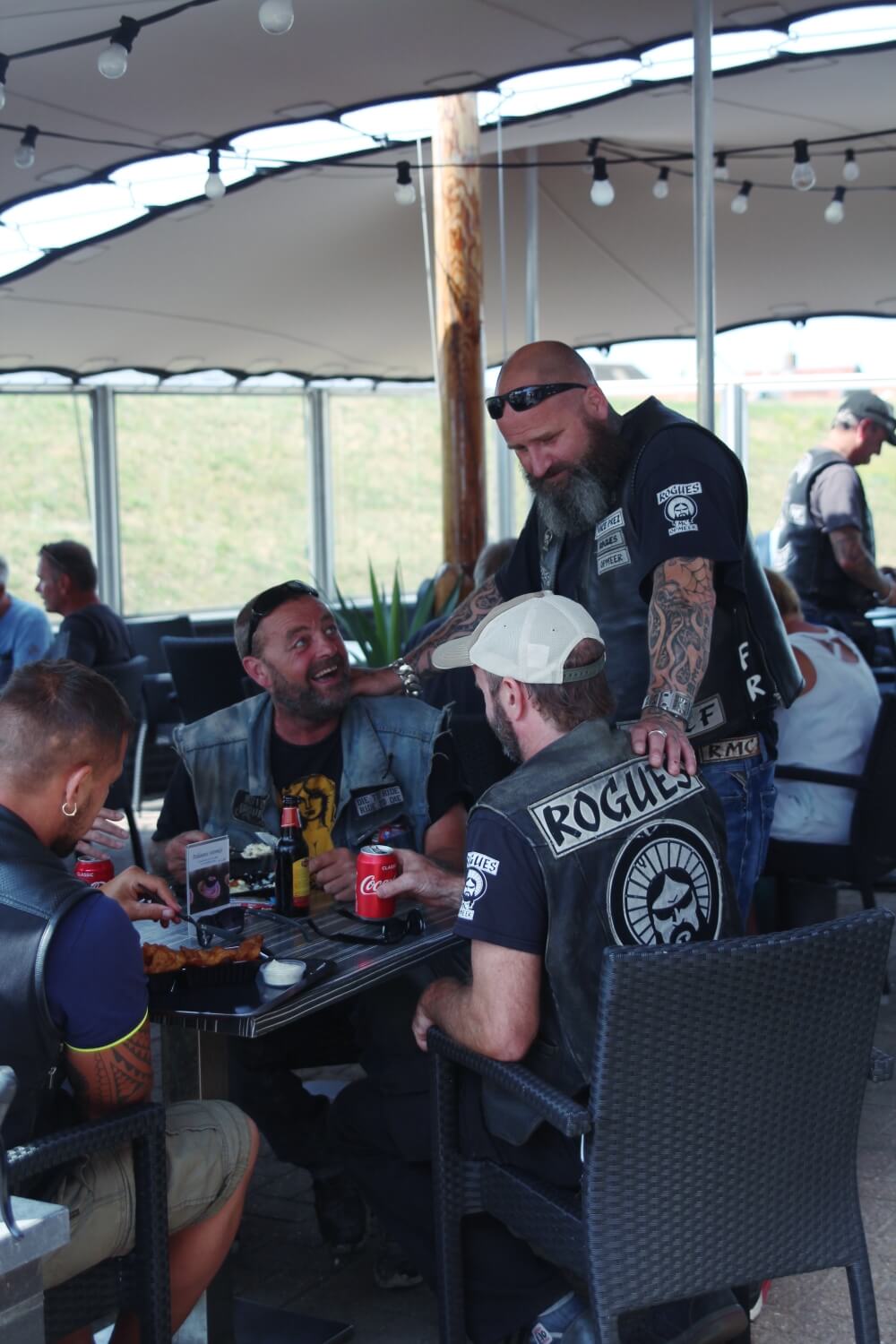 Loud Rudy, Hond and Etter. In the left corner Sleutel is to busy eating fish and missing all the fun. 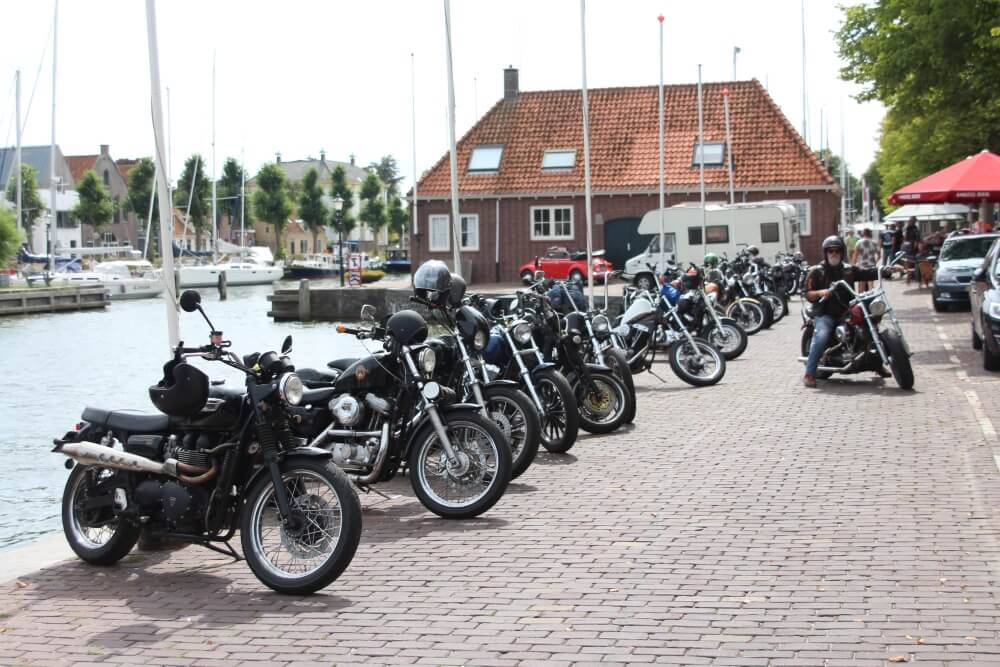 Parking the bikes at the harbour in Medemblik 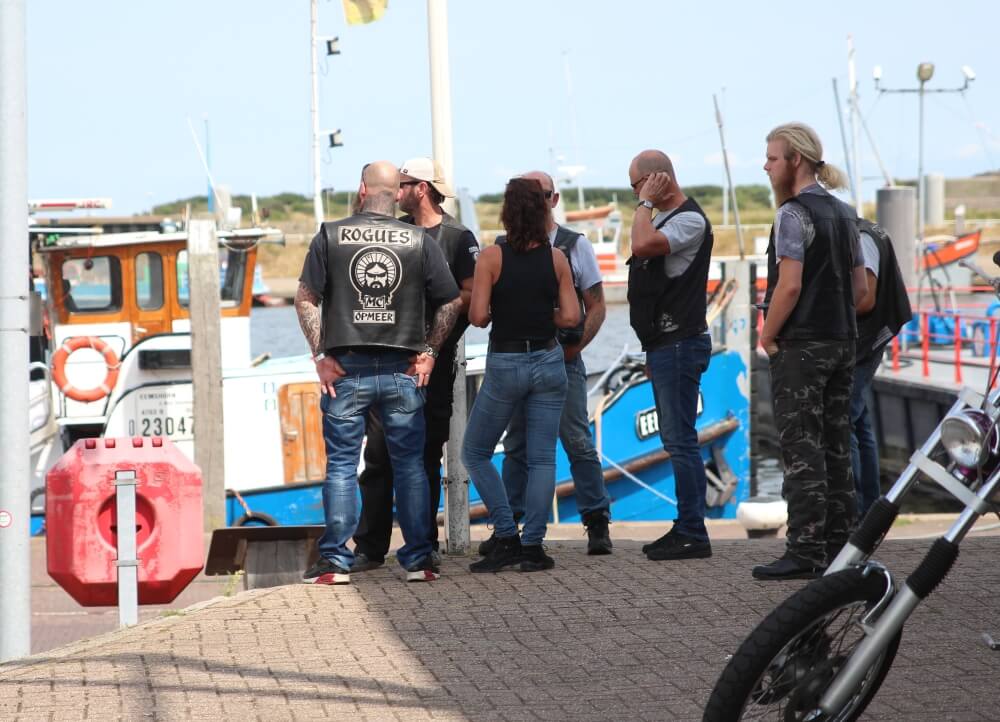 It seems Etter knows something about boats…. 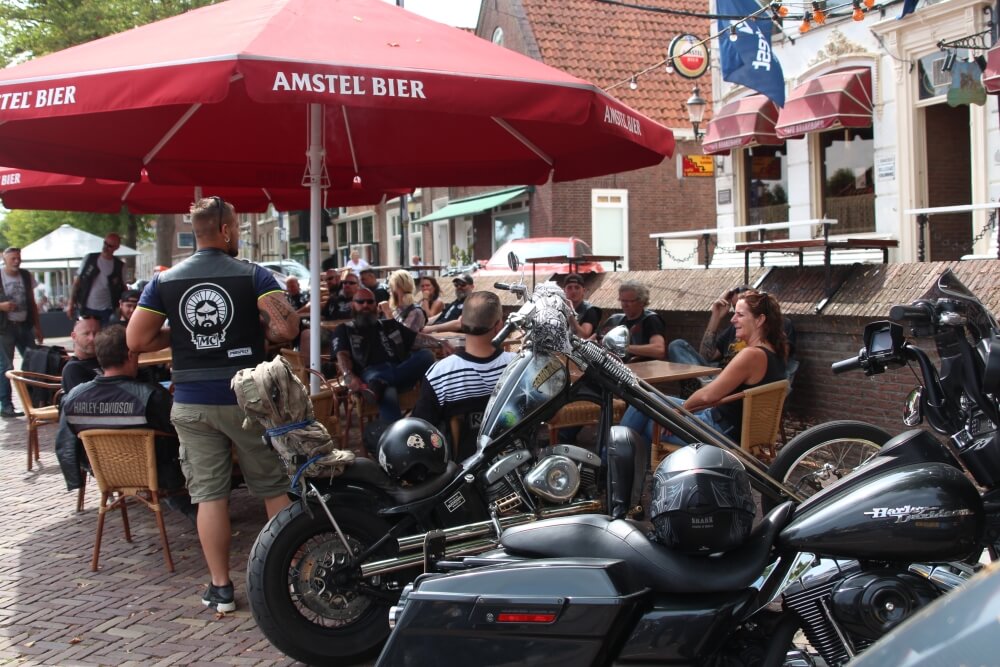 This is what you call; ‘having a good time’ 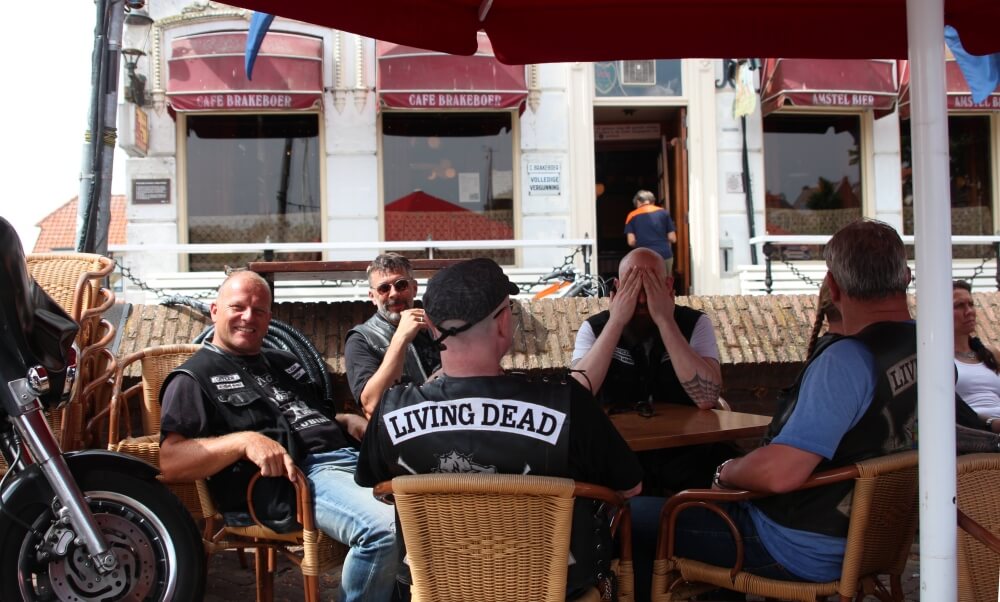 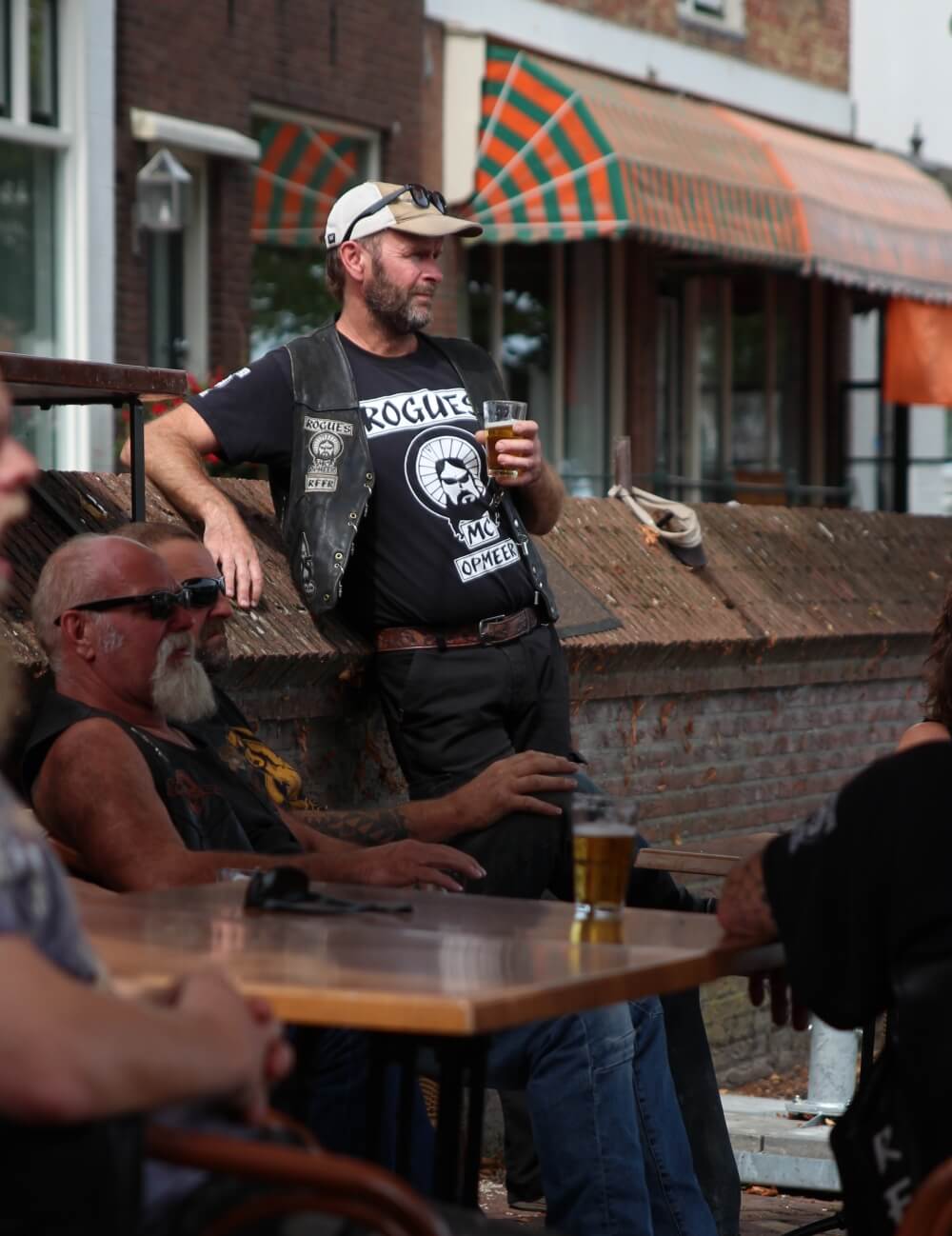 Hond enjoying his beer in Medemblik at café Brakeboer 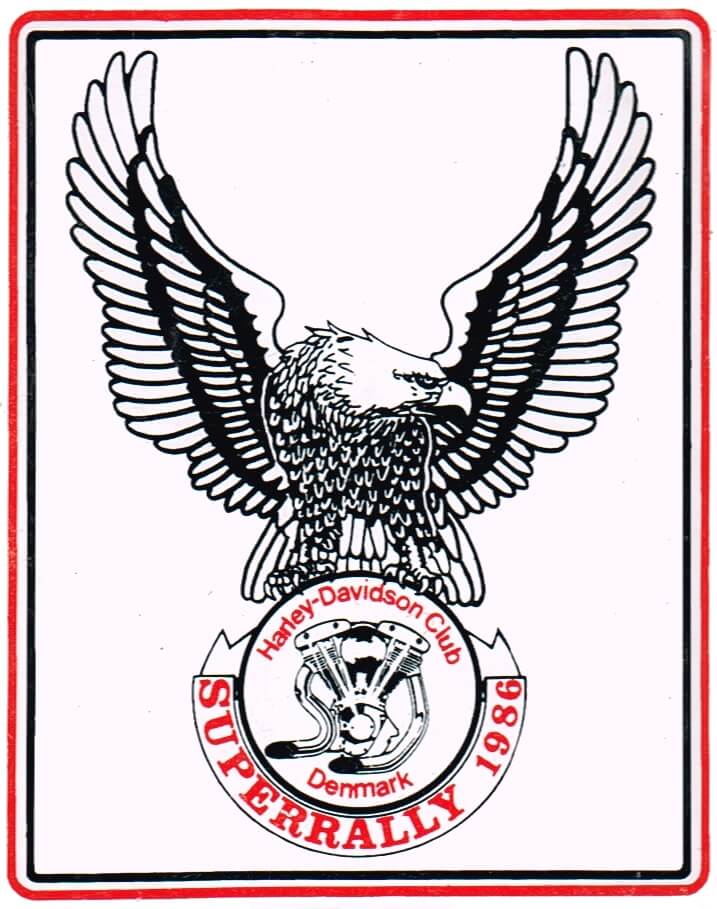 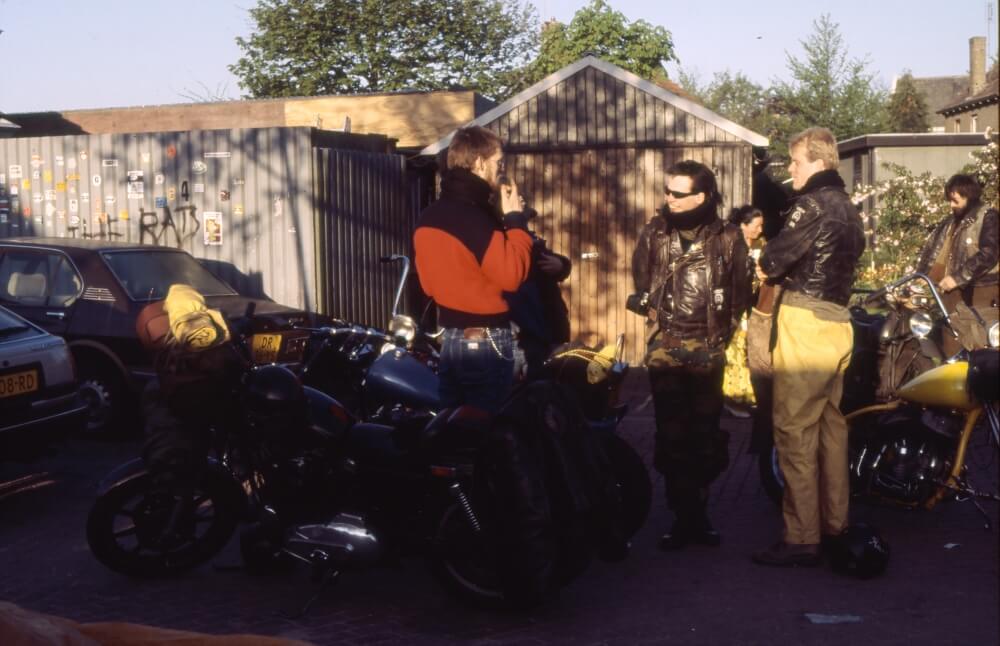 Preparing ourselves for the trip. A lot of rain to be expected. We see Beer, Blut, Fonda and Toon. Tomorrow I will continue this little trip to Denmark with some other ‘inside’ story’s about theft, tit-contest, police, bike pictures and more.

Wanna stay warm this winter? Get the original 2% Choppers Hoodie and show the world what it’s all about!